The innovative, but simple and robust non-nuclear Alia Density Meter (ADM) for slurries offers accurate real-time data, allowing clients to truly optimize their production while eliminating the costs of special certifications and the disposal of hazardous materials.

•
A more sustainable business management and company reputation
•
Employees who are not afraid to perform checks and repairs
•
No need for special trainings or specifically trained personnel
•
Demonstrating social responsibility, and responding to society’s pressure to reduce nuclear waste
•
No concerns about more stringent regulations in the future
•
No more challenges when transporting nuclear sources 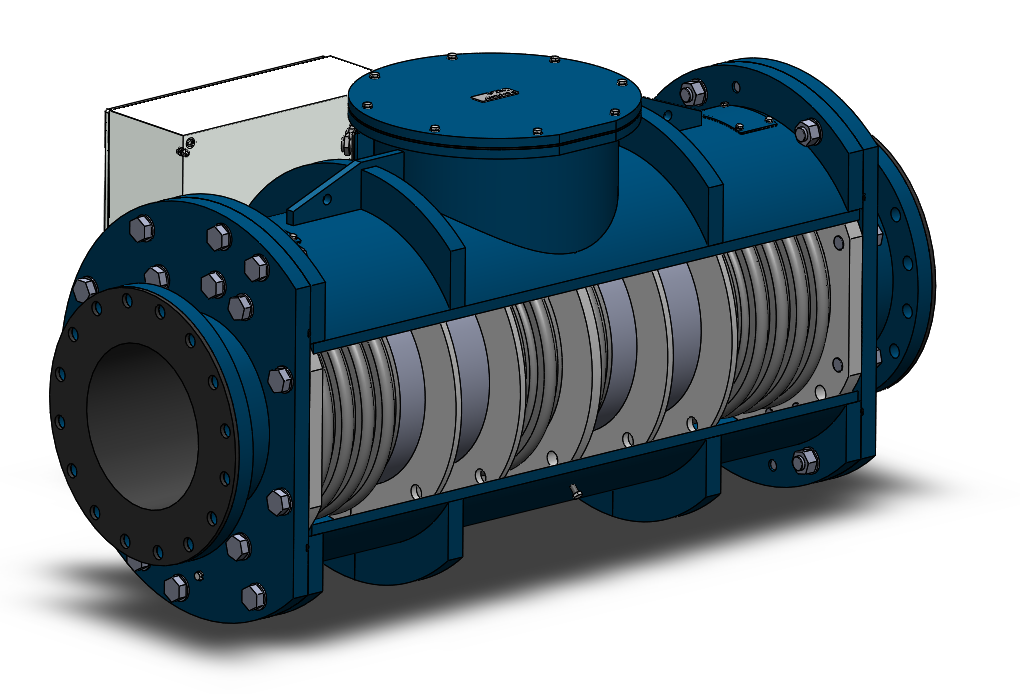 The density of slurries is measured to support the operator to control and enhance the production. Traditionally this is done with gamma meters. The radioactive source however is the cause of a lot of practical drawbacks with regards to licenses, training, shipment and operators who have their reservations about using such technology. Furthermore it has an impact on the business management of companies who have to answer to society’s pressure to reduce nuclear waste, and to operate in a sustainable manner. The Alia Density Meter is an electromechanical alternative without these drawbacks. It offers a quick and accurate measurement of the density of slurries. It can be easily combined, e.g. with existing flow meters and control systems.

The Alia Density Meter is positioned in-line in the slurry pipeline. The density, defined as the slurry mass per volume unit, is measured under dynamic conditions , i.e. when the slurry is flowing. Inside the density meter, an actuator exerts a force with a known value and frequency onto the slurry, while an accelerometer measures its resulting acceleration. Newton’s second law of motion F = m x a, which relates the force F to the acceleration a via the mass m, is utilized to determine the mass of the slurry . The slurry volume is a known factor in the measuring tube of the meter. This means that the measured slurry density is nearly immediate and accurate, regardless of pipe diameter or slurry composition . 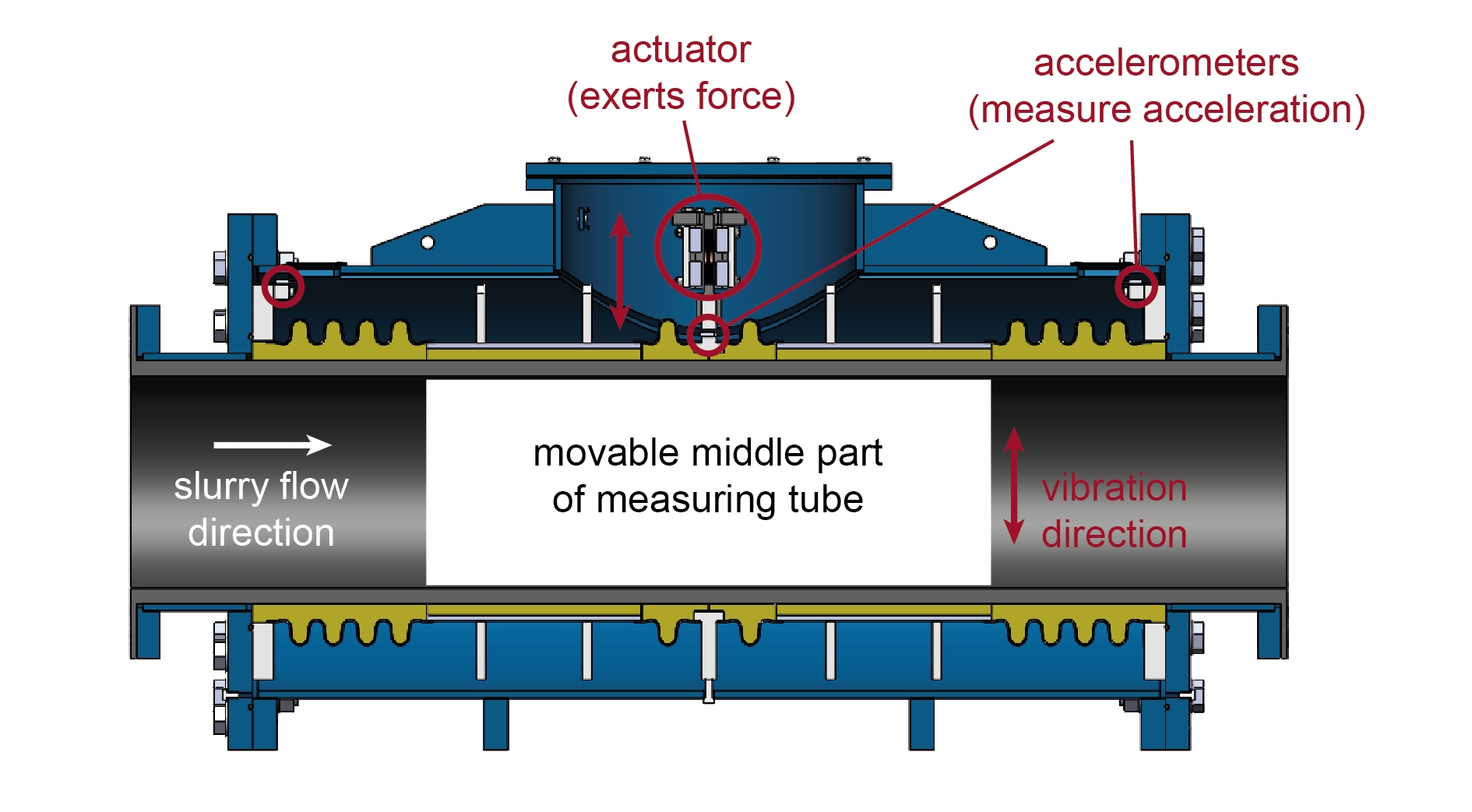 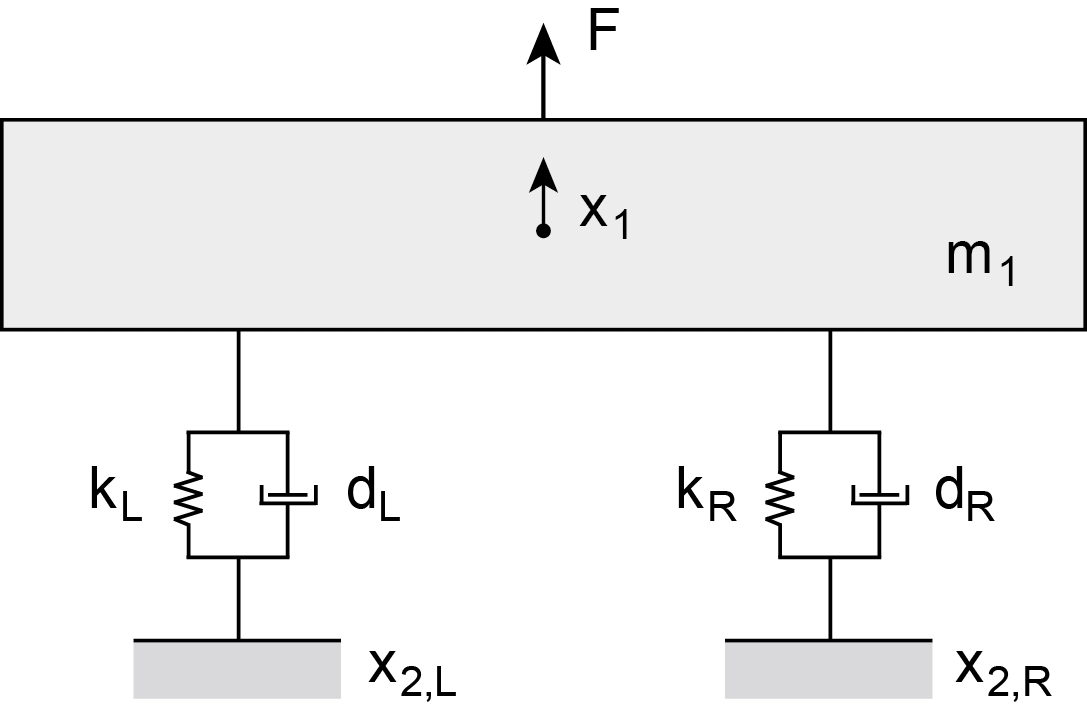 Do you need more information about the Alia Density Meter? Our experts are standing by.

⇒ ADMs are available in the following standard inner-diameter sizes:

⇒ Apart from the standard sizes displayed above, Alia Instruments can also deliver any customized size.

Customers who are looking for a more complete service are also welcome. Alia Instruments is capable of delivering several standard options such as flow meters and cross-needle meters. In collaboration with our sister company, Alia Instruments can also deliver various automation solutions.

Alia Instruments B.V, located at Institutenweg 25A, 7521 PH Enschede, The Netherlands, is responsible for the processing of personal data as shown in this privacy statement.

Arjan Vriend is the Data Protection Officer of Alia Instruments B.V. He can be reached via a.vriend@aliainstruments.com

Personal data that we process:

Alia Instruments B.V. Process your personal data by using our services and / or by providing it to us yourself. Below is an overview of the personal data we process:

Special and / or sensitive personal data that we process

Our website does not intend to collect data about website visitors who are younger than 16 years. Unless they have permission from parents or guardians. However, we cannot check if a visitor is older than 16. We encourage parents to be involved in the online activities of their children, in order to prevent data about children being collected without parental consent. If you are convinced that we have collected personal information about a minor without this permission, please contact us at info@aliainstruments.com and we will delete this information.

For what purpose and on what basis we process personal data

Alia Instruments B.V. will not make any decision based on automated processing on matters that may affect people.

How long we store personal data

Alia Instruments B.V. does not store your personal data longer than is strictly necessary to achieve the purposes for which your data is collected. We do not store your data for more than 7 years after the last contact.

Alia Instruments B.V. provides data only to third parties if this is necessary for the execution of our agreement with you or to comply with our legal obligations.

Alia Instruments B.V. uses functional, analytical and tracking cookies. A cookie is a small text file that is stored in the browser of your computer, tablet or smartphone when you first visit this website. Alia Instruments B.V. uses cookies with a purely technical functionality. These ensure that the website works properly and that, for example, your preferred settings are remembered. These cookies are also used to make the website work well and to optimize it.

In addition, we place cookies that keep track of your browsing habits so that we optimize the website to your needs. You can opt out of cookies by setting your internet browser so that it does not store cookies anymore. In addition, you can also delete all information previously saved via the settings of your browser.